Archive for judah and tamar trilogy

Tamar of the Terebinths Authors 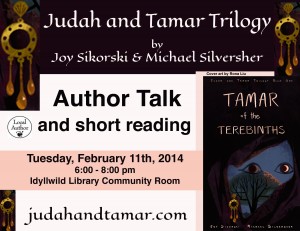 I’m excited to announce that Michael Silversher (click his name to see a little of his bio at the bottom of the Authors’ Page), my co-writer for The Judah and Tamar Trilogy, will be able to join me in Idyllwild to speak about the first book in the trilogy, Tamar of the Terebinths.

On Tuesday, February 11, 2014, we will be speaking at the Idyllwild Library in Idyllwild, CA about Tamar of the Terebinths, Book One in The Judah and Tamar Trilogy.

I will be doing a short reading from Tamar of the Terebinths and we will both be talking about the inspiration for The Judah and Tamar Trilogy, how the first book emerged after another one was tossed out during the publishing process and what will be coming up next with this project.

If you like historical fiction told in an unusual manner, you will want to join us at the Idyllwild Library on February 11th from 6 – 8 pm for a exciting evening with the authors of Tamar of the Terebinths! 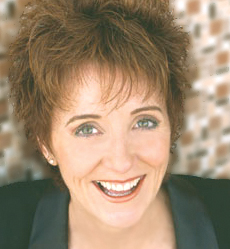 You see, we are both primarily composers, singer-songwriters, performers. You know, that sort of thing. And although I am a published author (you can see more about both of us on the authors’ page), this is the first novel I have worked on and the first book writing collaboration I have worked on.
END_OF_DOCUMENT_TOKEN_TO_BE_REPLACED