Interesting facts about the Judah and Tamar story

The land of Kn’n was known as the land of the purple merchants because of the purple dye made from Murex shells from the Mediterranean Sea. Purple cloth from the region was very expensive and owning it or wearing clothing made with it was a telltale sign of wealth and high social standing.

The ancient Kn’nites (Canaanites) had at least thirty gods

they worshipped in various idol forms. Among the most well known of them are Baal (there were actually several different kinds of Bael gods), Dagon, Molech, Asherah and Athtart (better known by her Greek name of Astarte).

Food at the time of Judah and Tamar

Wild species of barley and emmer wheat were domesticated and cultivated in the Jordan River Valley as early as the 9th century BCE. 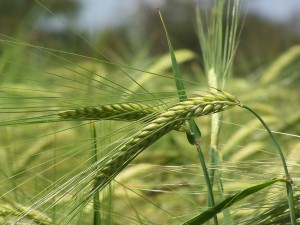 Archaeologists have found the carbonized seeds of two kinds of primitive wheat, einkorn and emmer, and two-rowed barley, in the earliest levels of digs at Jericho, one of the first inhabited cities in the world.  Bread was made from these grains.

Ur, City of a Patriarch

Ur is considered by many to be the city of Ur Kasdim mentioned in the Book of Genesis (Biblical Hebrew אוּר) as the birthplace of the Hebrew patriarch Avram (Abraham; Aramaic: Oraham, Arabic: Ibrahim). Avram’s birth is traditionally believed to have taken place sometime in the 2nd millennium BCE. 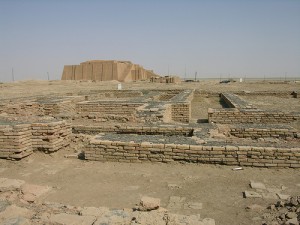 Major excavations of Ur from 1922 to 1934 were funded by the British Museum and the University of Pennsylvania and led by the archaeologist Sir Charles Leonard Woolley.
Learn more about Ur

Get Involved with our Judah and Tamar Story